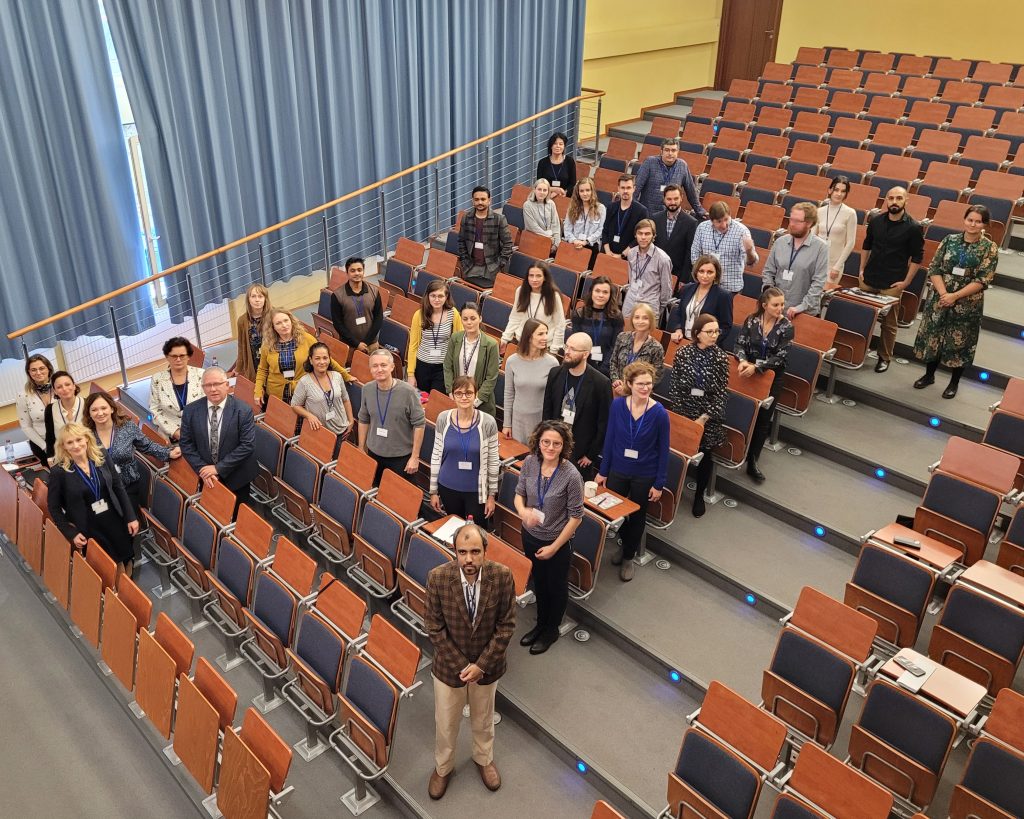 “Enhancing Cancer Vaccine Science for New Therapy Pathways”, CANVAS for short, is a new project of the International Centre for Cancer Vaccine Science(ICCVS). It is also the first venture funded by Horizon Europe, with the University of Gdańsk acting as coordinator. On October 18, the official opening of the project took place at the ICCVS headquarters. The 5th birthday of the unit was also celebrated at the ceremony.

The main objective of CANVAS is to create new tools and increase the scientific potential for research into non-small cell lung cancer therapy started by ICCVS Director prof. dr hab. Natalia Marek-Trzonkowska. In addition to the UG unit, which acts as coordinator, the University of Tor Vergata in Rome, the Commission on Alternative Energies and Atomic Energy in France and the Polish biotechnology start-up Real Research Ltd are also participating in the initiative. The researchers have received €1.5 million from Horizon Europe, the EU’s largest-ever initiative to support research.

The project will last for three years, during which visits between partners and eight scientific workshops are planned, among other things. This initiative is not only an opportunity to conduct new research in the field of non-small cell lung cancer therapy but also a chance to establish new contacts with foreign centres.

At the opening of CANVAS, Izabela Raszczyk from ICCVS told participants about the project. The ceremony also included a scientific symposium, where researchers from Spain and France touched on various aspects of cancer research. A guest lecture on immunology and immunotherapy of tumours was given by prof. Eva Martínez-Cáceres from the Hospital Universitari Germans Trias i Pujol and the Autonomous University of Barcelona. UG partners from the Canvas project as well as ICCVS staff also spoke.

The 5th birthday of the ICCVS was also celebrated that day. Prof. Natalia Marek-Trzonkowska talked about the creation of this unit: – ‘Creating a research centre is never easy. The unit was established in 2017 by prof. Ted Hupp and prof. Robin Fahraeus as part of a project funded by the Foundation for Polish Science,’ – the ICCVS director recalled. – ‘Everything looked great at the beginning, although we did not yet have the right equipment in the laboratories. We had to get funding for it and then buy it. I don’t know which of these things was more difficult.’

The anniversary celebrations also included a concert and a reception for the event’s participants.