Dr Maria Gómez Herranz from the International Centre for Cancer Vaccine Science (ICCVS) was awarded with the MINIATURA 5 grant to study the influence of IFITM1 and IFITM3 genes on qualitative changes and quantifying the peptide repertoire presented by MHC class I molecules after interferon (IFN) stimulation in a cancer cell model.

IFNs are a family of cytokines that act as a 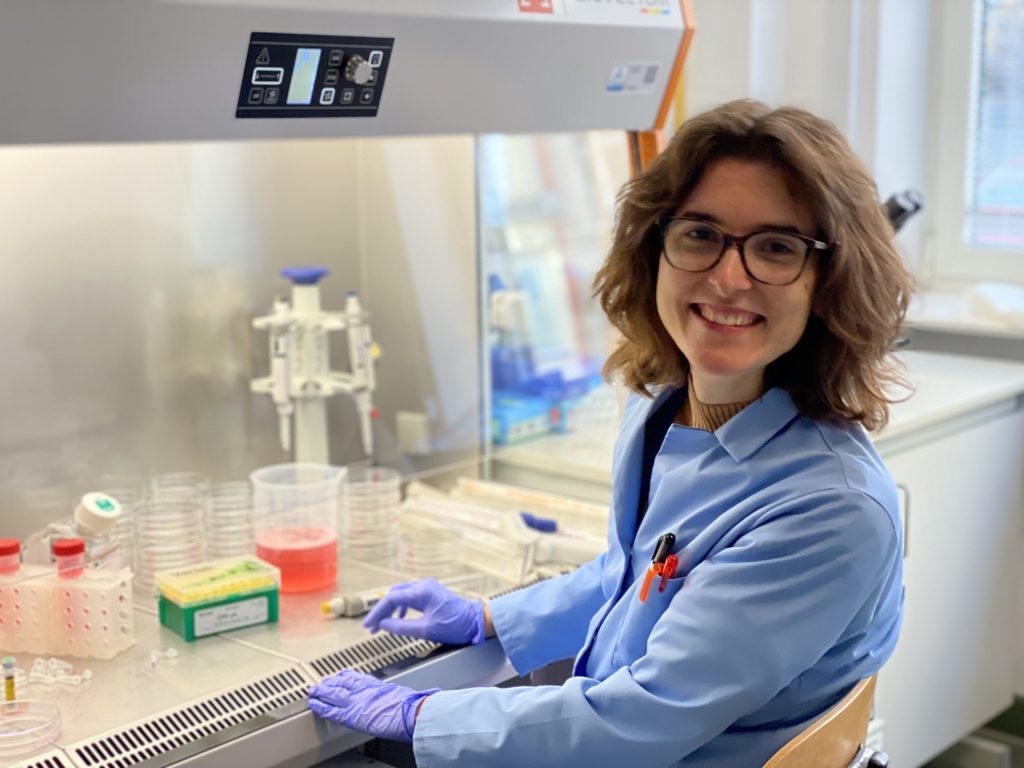 defensive response to cancer by inducing a wide range of genes including IFITMs. MHC class I molecules effectively present peptides on the cell surface through the antigen-presentation pathway and they are recognized by cytotoxic T cells. T cells are part of the immune system and act as a cell-defence mechanism by distinguishing peptides derived from onco-proteins and proceed to target cell eradication.

We have previously shown that IFITM1 and IFITM3 proteins enhance the IFN-gamma stimulated synthesis of MHC class I. With the scientific activity proposed in MINIATURA 5, we are interested in dissecting the effect(s) of IFITM1 and IFITM3 gene deletion on the immunopeptide repertoire presented on the cell surface orchestrated by MHC class I molecules. To peruse this goal, we will use a cell model for cervical carcinoma which is responsive to IFN-gamma stimulation and accounts for a type of cancer affected by IFITM1 and IFITM3 protein dysregulation – says dr Maria Gómez Herranz.

The present work can be applied in other cancer models and in the future potentially help to target specific peptides and design effective immunotherapies. With this rational, we also intent to contribute to expand the growing field of immunopeptidomics applying precise biological questions – adds dr Maria Gómez Herranz.